A month ago, Brooklyn Grace DePasquale entered the world and made us a family of four. After two pregnancy losses last year, delivering a healthy baby truly felt like crossing the most special finish line. We’re so thrilled she’s here.

I loved reading birth stories while pregnant (and while pregnant with Brady, as well) – so I thought I’d share my own. I also have Brady’s birth story documented on the blog – see here to read how that delivery went!

This pregnancy and labor had a lot of similarities to my first:

End of pregnancy and prodromal labor

My first contractions started around week 35. Because I’d experienced prodromal labor with Brady, I knew what to expect. Still, I was a little surprised they were starting this early and wondered if it might mean I went into labor before my due date. (Which I was hoping would not be the case!)

The amount and intensity of the contractions varied – some lasted for several hours a few times per day and were so painful they took my breath away. Other bouts were less intense. They never progressed to a regular enough rhythm, or close enough together, to warrant going to the hospital. But they were different from Braxton Hicks contractions (although I had experienced those as well).

Unlike with my first pregnancy, I was not anxious for baby to come early and wanted her to cook in there for as long as she could! September is a very busy time of year for my business, and I had a lot to do before she came – so I was really hoping she would stay in as close to her due date as possible! I also knew the transition from 1 to 2 would be a big one and that things would be chaotic for a little while after she was born. While I was uncomfortable at the end – and of course very excited to meet her, I was also enjoying the little bit of quiet before the storm, so to speak.

My mom was planning to come up to help us for a week or so after the baby was born, and as I got closer and closer to my due date (still having daily and nightly contractions), she asked if we wanted her to come up early. She drove up a day or two before my due date, which was Friday, September 23rd.

The night of Saturday, September 24th I was starting to get more annoyed at everyone asking when baby was coming. And I was very aware that I was now past my due date. Up until that point, I had done literally nothing to try to induce labor in the slightest. That night, almost out of curiosity more than anything else, I decided to try the Miles Circuit, which I had heard about in an online pregnancy group. I started lunging and doing step-ups around our bedroom like a lunatic at 9:00 at night. Maybe related… maybe not… I started having contractions a little over an hour later. Nothing new, though. Ryan went to bed shortly after, and I tried to, as well. But around 11:00, as I was laying in bed, I realized the contractions felt more regular than they’d been. I pulled my phone out and started timing them. They were consistently 10 minutes apart. After only two rounds they jumped down to 5 minutes apart. They were still really consistent. They were also starting to really hurt. I got out of bed and starting pacing the bedroom, breathing through the contractions.

I was too stubborn to wake up Ryan. My biggest fear was going to the hospital and being sent away, and I kept thinking this couldn’t be labor, that they would just stop at some point like they always did. They didn’t stop, and for some reason I had a gut feeling to take this time seriously. So I woke him up, and just in the nick of time, because I could barely breathe through the contractions now. He sprung out of bed and started grabbing our bags. We woke up my mom, who was sleeping downstairs, and let her know we were heading to the hospital. I went into Brady’s room and gave him a big hug and kiss. And we were off. It was around 11:40.

The hospital I was delivering at was only a 6 minute drive away, and on the way there my contractions went from about 3 minutes apart to less than 2. Things were progressing really quickly. Very similar to my labor with Brady, but on an even faster timeline. We headed into the emergency room, and they must have sensed how quickly the contractions were coming – I was sent right back to the Triage area without having to sit in the waiting room at all.

Things moved pretty rapidly with my care as soon as I was back in Triage. When I was in labor with Brady I remember feeling like it took forever for the doctors and nurses to come around. This time a nurse came in quickly, and shortly after, the doctor. The doctor did a cervical check and much to our surprise, said, ‘Oh, wow, you’re really doing it! You’re 9 cm, and 90% effaced!’ I called my mom to tell her because I was so excited. 😂 The doctor told me they were going to send me right up to Labor and Delivery. I asked her if it was too late to get an epidural, and she said ‘it’s never too late!’ with a smile. Getting an epidural was my only real birth plan – so I was pleased to hear this!

As soon as I got up to the Labor and Delivery room, the anesthesiologist came in and started prepping me for my epidural. (In hindsight – bless her for trying.) Time was of the essence, and she was rattling off the list of questions she had to ask me about my weight, height, medical history, etc. as quickly as she could, and I was rapid firing my answers back.

I was in a ton of pain at this point. The nurse had just gotten my IV in, and I asked if I could move over to lay on my side. I curled up on my side and clamped onto the railings of the hospital bed to help me get through the contractions. And then, all of a sudden – as I was still rapid-fire answering the anesthesiologist’s questions – I felt a strong sensation to push. I told my nurse I felt like I had to push, but I don’t think she heard me, or maybe she didn’t think that I was serious. I started crying, because at this point I knew I wasn’t going to be able to get any pain meds, and I didn’t think I could do it without them. I was also scared at how quickly everything was happening and how my body felt totally out of control.

The urge to push was getting stronger, and this time, panicked, I yelled out that the baby was coming. Our nurse sprung into action, rolled me onto my back, and I don’t remember much about what came next – except that there was a big flurry of movement in the room, and that the urge to push felt insanely primal, exactly like I’d heard it described in other birth stories. Whomever was at the edge of the bed yelled that I couldn’t stop and needed to keep pushing, as hard as I possibly could. I screamed what was probably a blood-curling scream (Ryan confirmed… 😂), and 2-3 intense pushes later Brooklyn came gushing out. They put her on my chest, but I was shaking badly and my whole body was in shock. I felt weak and dizzy and like I was going to black out. It took me a few minutes to come to and be able to look down at her. She was beautiful and pink and had a full head of hair.

The worst part of the unmedicated delivery was feeling everything that came next. Delivering the placenta, the afterbirth pains, the really intense fundal massage by the nurses (this probably felt the MOST horrible) – and then getting stitched up. I hadn’t felt any of this with Brady because I still had the effects of the epidural.

Days later I asked Ryan who had actually been in the room when I’d given birth, and who had been the one to deliver the baby. He said the anesthesiologist quickly realized she wasn’t needed and ran out. Someone ran to call the doctor. And the doctor ran in just after Brooklyn was pushed out (apparently our sweet nurse had been the one to actually catch her!). The cord was wrapped around Brooklyn’s leg, so the doctor swooped in to help unroll her, and then was the one who placed her on my chest.

Another surprise of this labor and delivery – after being told my entire pregnancy that baby was tracking in the 50th (at 20 weeks) and then the 60th-65th (at 36 weeks) percentile… which should equate to a 6-7 pound baby… Brooklyn was born 9 pounds 13 ounces, and 21 3/4 inches long. She was a big baby… almost 1 1/2 pounds bigger than Brady was, and he was not small!

Brooklyn was officially born at 12:54 AM on Sunday, September 25th. It was the morning of the Berlin Marathon and just a few hours later Eliud Kipchoge would set the new marathon world record. A pretty cool birthdate, I think. 😉 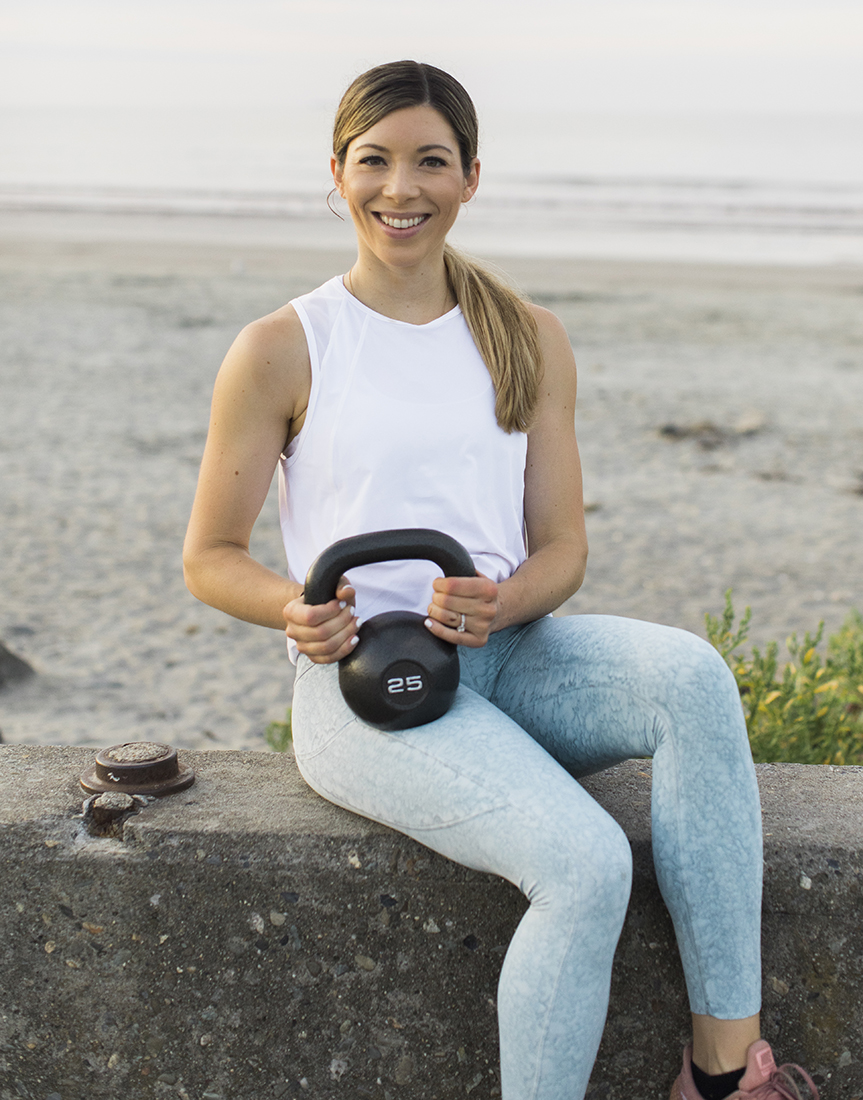 Recently on the Blog 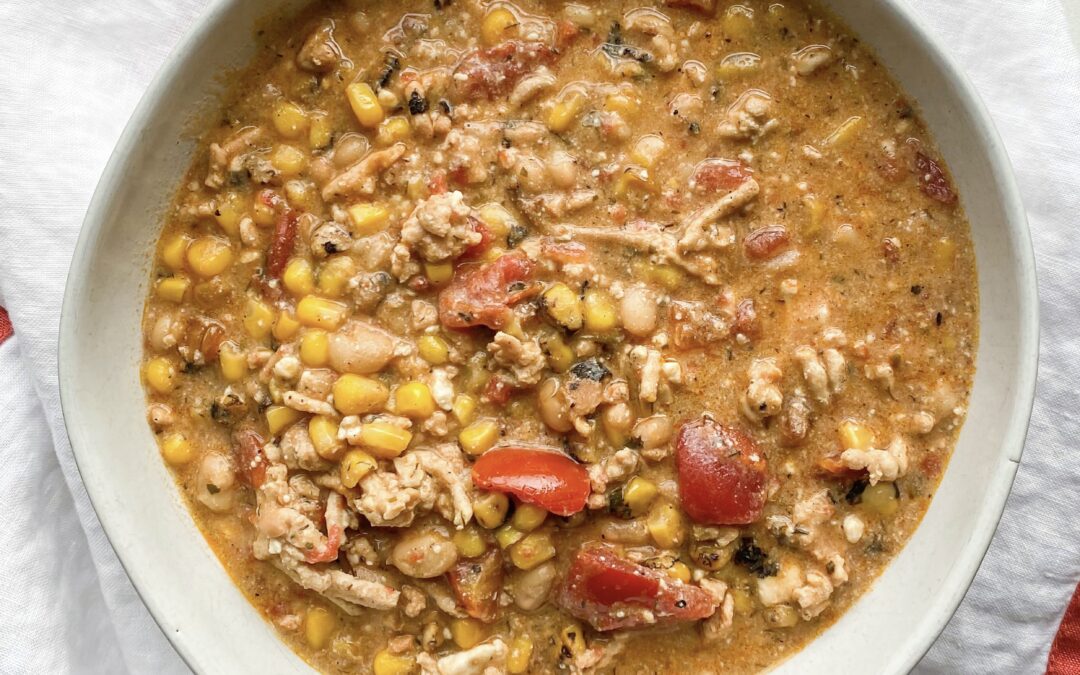 A month or two ago I made a commitment to a weekly Crockpot night per week. Less than 30 minutes of prep in the morning or during the day, and dinner is ready (and hot!) right when you want it at night. No fuss or hassle, and no worry about cooking. As the weather...

We use cookies on our website to give you the most relevant experience by remembering your preferences and repeat visits. By clicking “Accept All”, you consent to the use of ALL the cookies. However, you may visit "Cookie Settings" to provide a controlled consent.
Cookie SettingsAccept All
Manage consent

This website uses cookies to improve your experience while you navigate through the website. Out of these, the cookies that are categorized as necessary are stored on your browser as they are essential for the working of basic functionalities of the website. We also use third-party cookies that help us analyze and understand how you use this website. These cookies will be stored in your browser only with your consent. You also have the option to opt-out of these cookies. But opting out of some of these cookies may affect your browsing experience.
Necessary Always Enabled
Necessary cookies are absolutely essential for the website to function properly. These cookies ensure basic functionalities and security features of the website, anonymously.
Functional
Functional cookies help to perform certain functionalities like sharing the content of the website on social media platforms, collect feedbacks, and other third-party features.
Performance
Performance cookies are used to understand and analyze the key performance indexes of the website which helps in delivering a better user experience for the visitors.
Analytics
Analytical cookies are used to understand how visitors interact with the website. These cookies help provide information on metrics the number of visitors, bounce rate, traffic source, etc.
Advertisement
Advertisement cookies are used to provide visitors with relevant ads and marketing campaigns. These cookies track visitors across websites and collect information to provide customized ads.
Others
Other uncategorized cookies are those that are being analyzed and have not been classified into a category as yet.
SAVE & ACCEPT